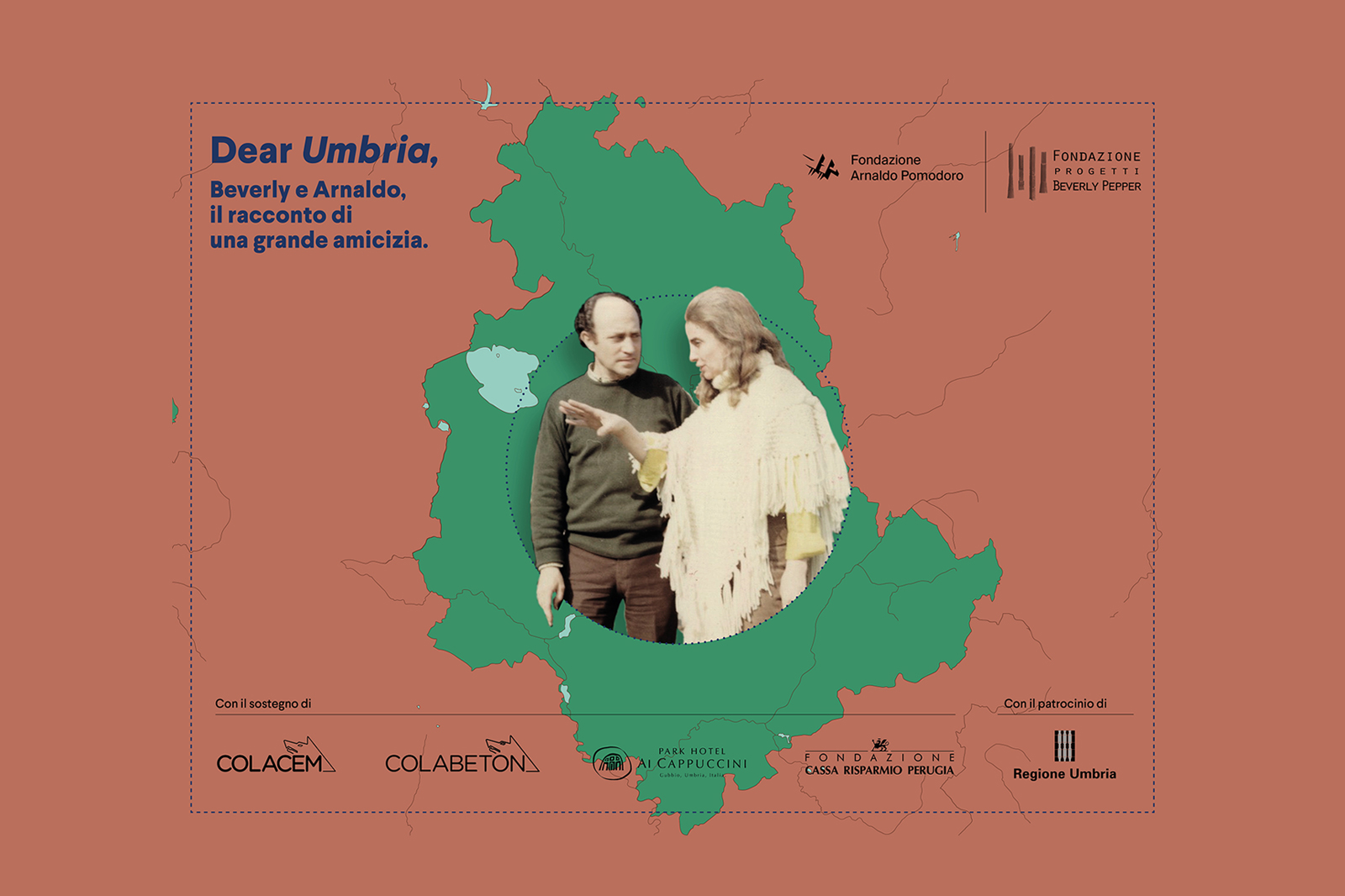 The story of a great friendship

This year, the Festival delle Arti of Todi will celebrate Arnaldo Pomodoro and Beverly Pepper’ friendship including the Italian region of Umbria as a background of their meetings and artistic partnership. The first time they met was in Spoleto Festival Dei Due Mondi in 1962 and from here the project Dear Umbria will start and develop. By guiding visitors through the places in Umbria in which their monumental sculptures are located, the itinerary wants them to retraces the “stages” of Arnaldo and Beverly’ friendship. Alongside the touristic route, the dialogue between the two artists will be reconstructed and promoted by a social media engagement on Arnaldo Pomodoro and Beverly Pepper’ Foundations socialnetworks’ accounts. The posts will associate images of sculptures with epistolary texts between the two artists but also addressed to visitors involving them in the discovery of this great friendship. And, if Umbria is the shrine of it, sculptures are both proofs of artists’ presence and their attempts to establish a continuous dialogue with Umbrian ancient history.

An experience not to be missed!