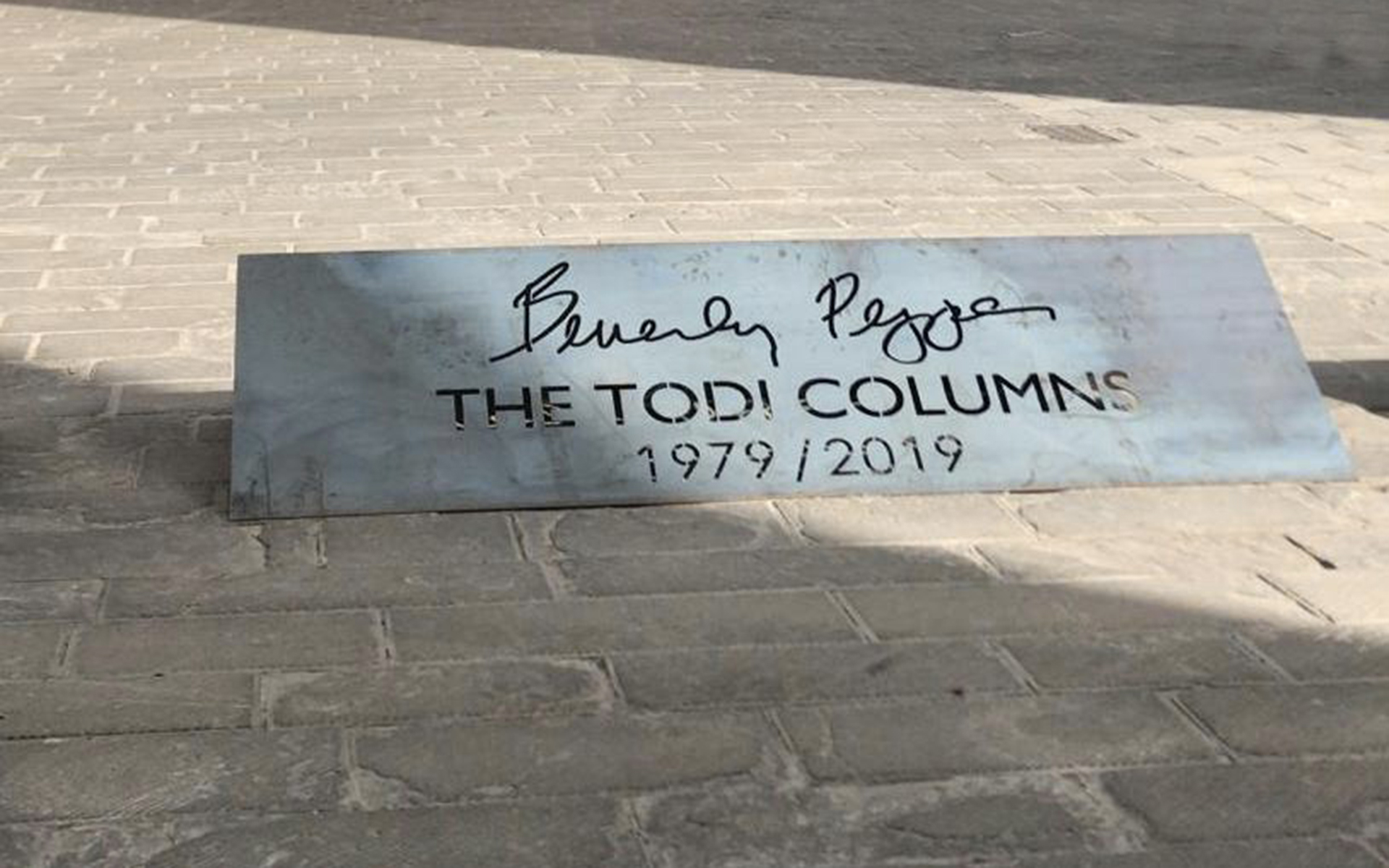 Posted at 12:04h in Press by superpepper

The Beverly Pepper Projects Foundation, in collaboration with the Municipality of Todi, presented, from April 6 to May 12, 2019 in Piazza del Popolo – one of the most beautiful squares in Italy – the installation of the re-edition of the Todi Columns, four monumental sculptures 8-12 meters in height.

It was a unique occasion, allowing us to see the monumental nature of these works up close in the city’s historic Piazza del Popolo, where the ancient architecture naturally welcomes these ingenious intrusions. The event was inspired by the historic 1979 show Sculptures in the Square, and brought the four iron giants back to sway again in the heart of the medieval town after 40 years.

In the American artist’s own words: “The Todi Columns were a unique event for that era and have stayed in the memory of the citizens, some of whom still, when they see me in the street, ask questions about that time, about the scupltures. They say to me, “We weren’t ready then, we didn’t get it…” I’d like to give the city of Todi a memory of its own experiences, a continuity. This is why the columns were rebuilt and installed* in the square again 40 years later.”

The story of the Todi Columns began in Todi in 1979 but doesn’t end in Umbria. After the success of the installation in Piazza de Popolo, the sculptures were exhibited in the United States at the International Sculpture Conference in Washington, D.C. in 1980, then at the Brooklyn Museum of Art in New York in 1987. In the nineties they returned to Italy for an exhibit at the 1996 Venice Biennale, and then as the shining stars of Pepper’s one-woman show at the Forte Belvedere, in Florence, in 1999. The artist subsequently donated the works to the Civic Museums of Venice, and they were later installed definitively in the courtyard of the Spazio Thetis at the Arsenal. The 2019 Todi Columns have now been permanently installed in Beverly Pepper Park.

* the action is now in the past